An electric mountain bike gives you that extra boost when climbing up a hill!

An electric mtb is a great way for anyone, regardless of age, to make the most out of their bike ride through mountainous terrain. The extra pedal assist allows you to take longer bike trips, and the extra boost during difficult stretches allows you to enjoy the scenery to the fullest. If you want to buy the best electric mountain bike in 2021 then take a look at the collection of VanSprint.co.uk as we have the best electric mountain bikes in the UK! 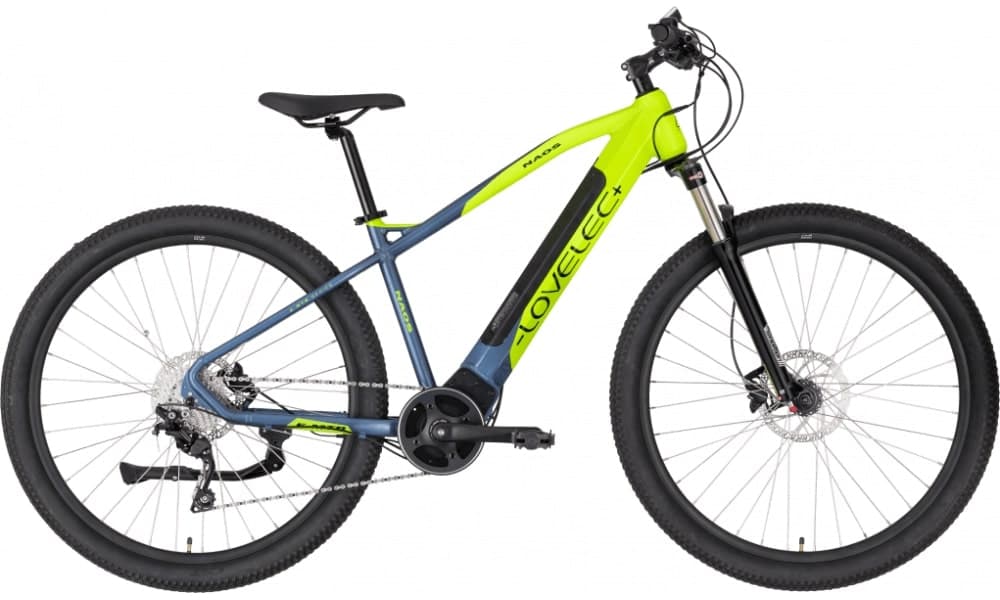 A women’s electric mountain bike is characterized by its step-in frame, allowing for easier access. This type of bike is also convenient for when a high step-in frame is inconvenient for whatever reason. For example, elderly people might find that a lower step in frame is better suited as it lowers the risk of falling when entering and exiting your bike, especially relevant when traversing mountainous terrains where you would want to be able to hop on and off your bike quickly and safely.

A men’s electric mountain bike is characterized by its traditional triangular frame with a high step-in, versus a low step-in frame for women’s bikes.

Although electric mountain bikes can quickly get very expensive, there are still some affordable options available. In the price range under £2000 we have the Legend Etna mountain bike which is also foldable and comes in a sleek minimalistic design.

We love the Legend Etna for many reasons, it is fun to ride, suitable for a multitude of terrain types, powerful and convenient.

The Legend Etna rolls on 27.5” wheels, which allows you to change direction easily and gives it playful handling. However, it also provides a smooth ride, both on and off-road, primarily thanks to its suspension fork and rear shock. The fork absorbs the shock from bumpy terrain and reduces vibrations transferred into your hands. This allows you to ride for longer before your hands and forearms get fatigued. The rear shock makes riding more comfortable while improving grip on rough terrain.

The Legend Etna is a pedal assisted folding electric bike. Fitted with a punchy 500W rear hub-mounted motor, the Legend Etna has plenty of power for commuting and riding off-road. This motor is powered by a 48V 10.4Ah Sanyo-Panasonic battery, hooked up to a 30-speed Shimano drivetrain. This combination gives you a potential range of 50 miles, depending on how you use it and the type of terrain you are riding on.

This bike is available in two variants, with a 250W or 500W motor. Typically, the 250W motor should prove more than plenty for everyday use. However, if you’re planning on heavy off-road use then a 500W motor wouldn’t hurt to provide a bit more oomph.

You can choose from four levels of assistance you get from the motor while you are riding. Therefore, when you encounter a hill or a strong headwind, you can give yourself extra help from the motor using the controller on the handlebars. The controller also shows how much battery power you have left and which mode you are using. This is super simple to use, but you can get more information and control via the phone app.

You select the mode you want to use via the mobile app, which has a plethora of other features. The app gives you a visual readout of information, your speed, incline, and it incorporates a Sat Nav to help you find your destination. You have full control over the assistance levels, walk mode, lights etc.

The Legend Etna is a folding electric bike that measures just 1m long when folded. Its maximum weight is only 23kg, meaning that you can store it easily and carry it on public transport or in your car. It also comes with provisions to mount a rack on the front and rear of the bike, allowing you to carry cargo or shopping effortlessly.

Advantages of an electric mountain bike